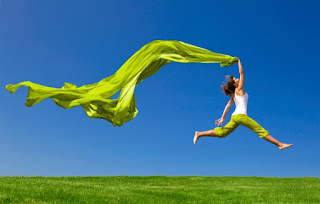 The best news is that Jupiter finally turns stationary direct on June 9, at 10: 04 AM, EST, at 13 degrees of Libra.

Jupiter is the planet of gain and expansion, and it has been retrograde since February 6. When retrograde, the beneficial rays of Jupiter are not as powerful, and sometimes can even work to the detriment in certain situations.

When Jupiter turns stationary direct, the planet of expansion becomes very powerful in a beneficial way. If this is aspecting something in your personal chart, you can see benefit and gain at this time, wherever it is falling in your chart. Things will pick up now, especially involving business and money.

Jupiter will remain at 13 degrees of Libra through July 3, when it begins its onward trek forward. It will remain in Libra benefiting Libra and other Air signs, or anyone with personal planets compatible with Libra: Gemini, Leo, Sagittarius and Aquarius. Libra is the sign that rules marriage and partnerships of all types so the likely hood here increases if Jupiter makes positive aspects.

On October 11, Jupiter moves into Scorpio where it will benefit water signs over the next year, and this will begin a whole new cycle.

On the day Jupiter turns direct, a full Moon falls at 18.53 degrees of Sagittarius, the sign ruled by Jupiter, and this will be a powerful moon. It is known as the 'strawberry moon,' by some and is the final full moon of spring.

Sagittarius rules the 9th house of government, travel, education and world outlook and this can be an expansive moon, as it is Jupiter ruled. My advice is to go in this direction and discover where you can expand your life.
Venus is sextile Mars, June 9, and this is a positive transit for love and social activities. As this Moon falls on a Friday, make the most of it.

But, this Moon will also conjunct Saturn, the planet of restriction and responsibility. Obligations and duties may be front and center and some things may end. Saturn is about reality and structure.

This Moon is conjunct the fixed star Sabik at 18 degrees of Sagittarius. According to Robson  and Ptolemy it is of the nature of Saturn and Venus; and, to Alvidas, of Jupiter and Venus. It causes wastefulness, lost energy, perverted morals, and success in evil deeds. With the Moon: Secret enmity and jealousy, trouble through relatives, successful but not wealthy, and success in breeding stock.

In the US natal chart, this Moon squares Neptune and opposes Mars. In the US we will be hearing about scandals and Mars relates to anger, and could involve the military or violence.

As Jupiter turns direct square the US Sun, the focus will be the US President and the legal system or legal issues.
As the Sun, Mercury and Mars enter the Cardinal sign of Cancer this month and next, they will start to form a t-square around June 21, that will be ongoing through the early part of July. T-squares are stressful and involve many different situations. Some of the stress could involve family members.

All those born around June 21 until about July 14 will have a t-square in their solar return chart this year. This means there will be obstacles that can involve family or other issues over the next year. But, it doesn't mean a solution is not viable.

Otherwise in June, the Sun will transit through Gemini and enter Cancer June 21, the Summer solstice.

Mercury (communication) moves through three signs: Taurus, Gemini and Cancer. They way we communicate and perceive things will be changeable.

Venus (love, money, values) moves from Aries, where it is debilitated in
Mars' sign, to Taurus, where it is in its own sign and very positive.

Mars (men, action) enters Cancer on June 4, where it is considered at its fall, and not well placed. Cancer is the most emotional of signs, and our actions may be emotionally motivated.

Hope you have a great summer!

Transits of significance in June:

June 1-Venus trines Saturn: Positive for love and money
June 3-Venus conjuncts Uranus-This can be a wildly exciting transit or it can be disruptive and cause anger and potential breakups. Uranus is the planet of sudden and unexpected actions. Changeability is in the air, and it can go in many directions.
June 4, the Sun squares Neptune-Dreams can be vivid. Watch your communication and perception as Neptune clouds the issues. This can be tiring, melancholy and negative. You can feel misunderstood.
June 4, Mars enters Cancer, where it will remain until July 21. It is considered at its fall in this sign and loses strength and influence. Actions may be emotionally motivated.
June 6, Venus enters Taurus. Venus here is well placed, and powerful. Love may be deeper and involve the finer things in life.
June 6, Mercury enters Gemini, its own sign. Thinking may be faster, along with communication and not as stubborn as it is in the sign Taurus.
June 13, Mercury trines Jupiter which is expansive and positive but as Mercury also squares Neptune, communication may not be clear or misunderstood. If something seems too good to be true it probably is. Take nothing for granted.
June 15, the Sun opposes Saturn. Like the May 30, opposition of Mars to Saturn, this can be negative and depressing, or even angry. This is a tiring and discouraging, low energy transit. Things may seem worse than what they are and some situations may end altogether.  This will be a heavy news day. Some people may seem stern, clod or angry.
June 16, Neptune turns stationary retrograde as it does every year at 14 degrees of Pisces. A retrograde Neptune can cause reality to seem distorted. For the next five months, fear, uncontrolled imagination and day dreaming can be some of the issues we will face. This will be a significant time, it Neptune stations (Turns retrograde) on any planets in your personal chart. Neptune is the planet of imagination, dreams, illusion, delusion and confusion. Creativity can be enhanced.
June 18, the Sun sextiles Neptune which can relate to new ideas and situations, but as Mercury opposes Saturn, as did the Sun on June 15, and this energy will not be easy to work with. Mercury-Saturn can be negative and depressing, low energy, discouraging, and some things may end. On the other hand if you can capture the Sun-Uranus energy, you can have a positive day that include well thought out actions.
June 20, Venus sextiles Neptune and this is good for romance and creativity.
June 21, The Sun enters Cancer and this is the Summer solstice: the official first day of summer. Mercury also enters Cancer for the next few weeks and thinking and communication will become more emotional. The Sun conjuncts Mercury and this can be somewhat willful if not irritating.  We are now in the Cancer season-all about home and family.
June 23, the first New Moon of summer occurs, falling at 2 degrees of Cancer. Many people will be making plans to celebrate July 4th or family vacations.
June 24, Venus trines Pluto-positive for money, or getting to the bottom of an emotional problem without the drama.
June 25, Mars squares Jupiter. Things can get blown out of proportion, and appear to be more than what they are. This can affect relationships, values and money. Arguments can occur. This is likely to be a big news day.
June 26, Mars trines Neptune-Creativity in all forms can be enhanced.
June 27, Mercury trines Neptune-let your creativity and ideas soar.
June 28, Mercury conjuncts Mars. This is another significant day, likely fraught with irritation and the potential of arguments. Be careful of accidents on this day and there will be many angry people in the world, as well as the potential of violence.
June 29, Mercury opposes Pluto on the heels of Mercury-Mars. This is an argumentative transit, prone to finding out new information. Pluto rules abuse, abuse of power and transformation. June 28-29 will be significant days in the world and prone toward danger.