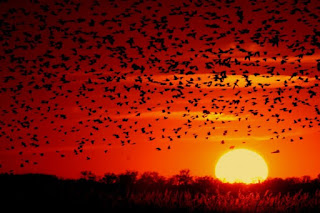 During the month of September:

The Sun transits through Virgo and into Libra.