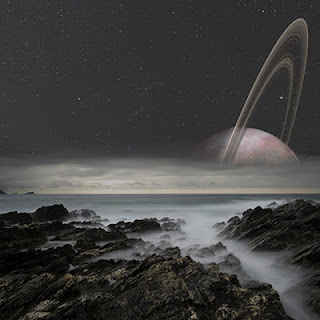 Saturn turns direct September 6, (7:10AM, EST) at 2 degrees of Capricorn. This is a powerful reversal of the planet of responsibilities and reality, and as it begins to move forward many things and situations that have been delayed will begin to move forward in some ways as well. With Mercury and Mars direct after the long summer retrogrades you should already notice forward movement, but the energetic shift with Saturn is especially powerful.

While retrograde, Saturn slows down the normal rate of activity so better methods can be developed and organized. Saturn (in Capricorn) rules the structures in our lives and allows us to develop our boundaries.

As Saturn turns direct this can be good news for many issues and situations that have been stuck or in some way or unproductive, and this is true for both the individual and the collective.  Saturn can represent a reality check in many areas of our lives and even in the world. We will see the direct motion of Saturn play out in the world, as situations begin to shift and change again in powerful ways.

While Saturn was retrograde many problems were internalized that were cloudy and difficult to figure out. As Saturn turns direct, these situations along with corrections and forward movement may be implemented.

Saturn is especially powerful in Capricorn where it is at home. This is a harsh placement of Saturn and Saturn/Capricorn rules time, among other things. Many people will feel their age, responsibilities and personal limitations as Saturn transits through Capricorn in this 'no frills,' sign where it will remain until late 2020.

Those with Cardinal planets (Aries, Cancer, Libra and Aries) at 1-11 degrees will feel the most pressure between now and the end of December as Saturn moves forward.