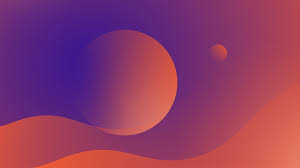 April 14th, action planet Mars left Aquarius for Pisces where it will remain until May 24th. Mars joins Venus in this sign and the two planets that rule our love life will dance together once more until May 2nd when Venus moves into Aries. Venus and Mars have been traveling together in the same sign since December 2021 and is an unusual occurrence for these two planets to remain in the same sign together for so long. This will be the last time in 2022 this occurs.

Mars is the planet that motivates and drives us toward our goals. When Mars enters Pisces we act more on intuition, sensitivity to others and at times, spiritual, psychic or moral convictions.

Mars in Pisces will bring about a noticeable energetic shift as Pisces is the most laid back of signs. Pisces is ruled by both Jupiter and Neptune adding even more Neptunian energy to the mix in April with Jupiter in Pisces conjunct or together with Neptune this month. Compassion and understanding will be the key this month with so many planets in the sign that rules spirituality, understanding and the psychic world. Don’t be surprised if you don’t also experience vivid dreams as Neptune also rules dreams. Confusion may also filter in as Neptune is also the planet of illusion, confusion and delusion.

Mars in Pisces will come across as more compassionate and understanding than Mars in other signs and our action may be broader and in some cases more scattered or confused. Mars in this sign does not operate in a direct manner, but rather moves sideways much of the time. There is method to the madness however; as Mars-Pisces is so intuitive, action often comes at the right moment.

During Mars transit through Pisces keeping the peace becomes more important than it does at other times. People born with Mars in this sign often go with the flow in life rather than approaching things in a head on manner and they often end up being correct in their approach to timing if they are paying attention.

As Pisces is a mutable sign, what we want may be quite changeable as this is the nature of all mutable signs. Above all else mutable signs are most interested in the freedom to evolve and change as they go along.

At times Mars in Pisces can seem like moving through fog, not knowing where we will end up. The greater gift of this sign however is being able to conceptualize the bigger picture and wait until the time if right as opposed to jumping on every apparent opportunity that comes up. You may feel inclined to wait to act when the spirit moves you to do so.

Since Pisces is the most sensitive and spiritual of signs so we will be prone to look at the world through a different lens that values compassion and understanding over direct confrontation and approaching things in a head on manner.

The most significant aspect Mars in Pisces makes is its conjunction with Neptune May 17th-18th. This can be a tiring if not somewhat discouraging aspect but don’t take it too seriously if this is the case. On the positive end it can denote creativity, compassion and spiritual pursuits but it often manifests the more negative qualities of anger, melancholy and feeling tired. Dreams may be unusually vivid around this time as well.

Mars in Pisces will work well for the water signs. It may be a little more difficult for the Fire signs that are used to taking direct action as opposed to waiting for the right time to approach something.