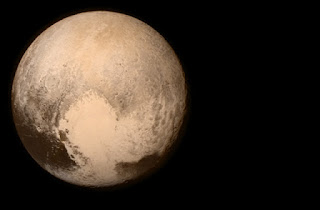 The first retrograde of the New Year occurs April 29th when Pluto turns retrograde at 28 degrees of Capricorn. It will remain retrograde until October 8th. Pluto is generally retrograde roughly half of the time.

Pluto’s retrograde is not anything like Mercury retrograde when things can go off the rails, and many times this retrograde may go unnoticed unless it is making a significant aspect in your own personal chart as its affects occur on a very subtle level. If it is aspecting something in your chart that affects a Cardinal planet (Aries, Cancer, Libra or Capricorn) from 26-29 degrees change will occur depending on where it is in your personal chart.

When Pluto retrogrades it begins to move back toward Pluto in the US natal chart and we will experience the second pass of our Pluto return which last occurred in 1776. This can represent many things that include decay, corruption, power and control and finances to name only a few. Pluto removes or destroys things to rebuild. This is a difficult transit in the chart of a country and typically changes many things as it only occurs every 248 years.

The first Pluto return was ‘exact’ February 22nd, but this aspect does not have to be exact for events to occur. The Ukraine war with Russia started February 22nd, and the US warned the world Russia was going to attack days before the war began. Since that time the US has heavily supported Ukraine with intelligence and weapons. The next date this aspect is exact is July 11th, but expect many events to unfold before this occurs.

Issues relating to money, joint finances, investments, lawsuits, partnerships and sex will become more internalized during this period allowing us to look at things from a different viewpoint. Pluto is about making deep change that goes beneath the surface very slowly. One way of looking at Pluto’s retrograde is destruction of that which is no longer working, which will become obvious to us over time. Pluto wants to uncover things and bring them from the darkness and into the light so positive change may occur. This works on a collective as well as personal level.

When Pluto turns direct again any issues we have failed to deal with will surface again both in our personal lives and on the world stage. But, as Pluto retrogrades we have the opportunity to look at things from a different perspective and effect a slow transformative change that can be permanent and make our lives stronger.