Fate or free will? 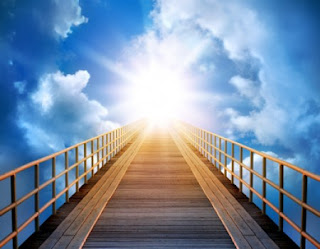 Do I create my own destiny, or is my destiny set in stone?

This is a question I am frequently asked, and has been pondered by great minds over the centuries, and probably will be for the next few centuries as well. In my studies of astrology I have come to see the answer to the question is both. Sometimes events are ‘fated,’ and sometimes we can choose our own course.

The first thing an astrologer learns is to look at the promise of the natal chart, and what it holds.

Based on your moment of birth as well as location, a chart can be created that serves as a blueprint, not only showing your strengths and weaknesses, but certain other events and situations that will fulfill themselves at some point in your life.

Some people were born to have multiple marriages, children, love affairs, drug addictions, illnesses, while others marry their first love and celebrate their golden anniversaries with their one and only love.

Some are destined to fame and fortune, while others will spend their lives seeking fortune.

Some will overcome poverty, addictions, destitution, broken homes and marriages and rise above their limitations, and others won’t.

We should always strive to be our best, and make manifest in our lives those worthwhile things we truly desire.  Astrology can point out the pitfalls to your success and the times you are most likely to fail as well as succeed. A good astrologer will never tell you that you are incapable of success, but rather the times you are most likely to succeed, thereby increasing your chances of success.

No one wants to fail, divorce, get sick, succumb to addictions, be a victim of crime, lose a spouse or have a broken heart. And yet the world is full of such events.

Certain planets are indicative of events that are often beyond our ability to control. What we can do is damage control.  Sometimes it isn’t about the cards you are dealt, but rather how you play your hand.

The first planet is Pluto-known as the ‘God of the Underworld,’ the “Lord of Hell,’ and the ultimate planet of change and regeneration.  When Pluto comes into our chart we are often faced with situations that are beyond our ability to control, and we must regenerate our thoughts, and often ourselves, and let go of situations and recreate our lives, focusing on another direction.

Neptune is the planet of illusion, delusion and confusion, and often under a Neptune transit we fail to see the forest for the trees and are sometimes deceived or suffer from self deception.
No individual is exempt from the energies of these planets, whether in a difficult aspect or what is considered a favorable one.  Therefore no one is exempt from certain events in life that are beyond their ability to control, at certain times.

There is a fairly quick way to access whether or not you will live your life feeling you are in charge of your own destiny.
When you look at your natal chart it is a wheel with twelve divisions.

If you draw a line exactly through the middle of the chart—the tenth house/ midheaven to the IC, fourth house—exactly down the middle, you will either have a predominance of planets on the left side or the right side.