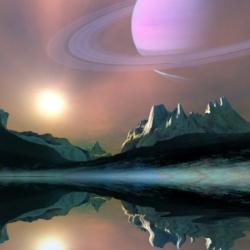 Saturn is known as the taskmaster, or the Lord of Karma and the Great teacher to name a few. Without Saturn we have no stability in life. It shows us both our structures and our boundaries.
Saturn changes signs about every two and a half years, and takes about 30 years to circle through the entire zodiac. Saturn entered Sagittarius December 2014, and remains there another  five and a half months.

Capricorn is a no frills sign and deals with power, business and structure. Saturn here is concerned with security and structure, tradition, organization, big business and defense. If left unchecked, big business can become the new Gods of the Universe as Saturn moves through this sign.
Saturn in Capricorn can denote great wealth but also great limitations. Saturn was in Capricorn during the worst part of the Great Depression in the early 1930's. The rich got richer, and the poor got poorer.
The last transit of Saturn in Capricorn was from February 15, 1988 until February 5, 1991. Before that it was January of 1959-January of 1962, and December 1929-November 1932.
While in Capricorn, Saturn will build things that are meant to inspire respect (or intimidation) as much as anything else. The Berlin wall for example, began construction under a Jupiter-Saturn conjunction (August 31, 1961). It was meant to be a political symbol to keep some people in their place. We will experience another Jupiter /Saturn conjunction, considered to be an important new cycle, especially in mundane astrology in 2020.

In 2020 Pluto will conjunct Saturn at 22 degrees of Capricorn and this will bring an entire new cycle. In reality, this will be a dangerous time in the world, where many things can and will happen. Events leading up to this period will begin long before the aspect becomes exact.
Saturn-Pluto will relate to the established power structures and ruling elite versus the common people, potential nuclear events and restriction on many levels. We could see a worldwide recession. This is a restrictive transit and we will see these restrictions play out on many levels in the world and in our personal lives. This transit will affect all of those individuals with cardinal planets 20-24 degrees.

Saturn conjunct Pluto will be a stressful period and can indicate limitation, financial loss, potential war and change and transformation. Many things will change at this time or be transformed, or end all together. It will not be easy.

The negative side is not going to be a piece of cake: tyranny, the abuse of power and corruption, organized crime and criminal activities, nuclear incidents, power struggles, recessions, issues with the monetary system and banks, and war, and limitation on many levels.

I will write more about this in the future. But, my advice to clients is to pay off all the debt you can now, and save, save, save.

Those most affected in a challenging way by Saturn in Capricorn will be the Cardinal signs-Aries (square), Cancer (opposition), Libra (square) and Capricorn (conjunct), or those who have planets in cardinal signs.

When Saturn enters your sign (Capricorn) it can denote a stressful period. Many things end and a new situation is often born on the ruins of the old. Typically, I tell clients with Saturn in your own sign you will be re-creating yourself in some way as Saturn crosses your Sun.

Those who will fare the best will be those born under the earth and some water signs-Taurus, Virgo, Scorpio, Pisces or planets in these signs. In this case you can experience slow and stable growth.
Posted by Leslie Hale at 1:25 PM