New Moon in Virgo: getting down to business 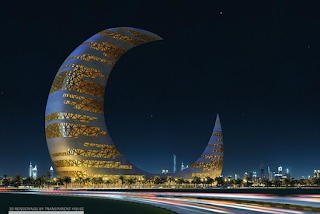 The Virgo new moon rules auditors, work and health. This Moon falls at 27 degrees in the sign ruled by Mercury. The Moon begins to peak on the West Coast (US) at 10:30 PM, September 19, and completes its lunar peak on the East coast at 1:30 AM, September 20.

Venus hits the eclipse point September 18-19 and reveals one more chapter in the powerful August 21 solar eclipse at 29 degrees of Leo.
Many things and events will occur as a result of Venus at its final degree, and some things may end.

Add to this the powerful opposition between Mercury and Neptune and the day become even more significant as many things can be revealed at this time. Use caution in jumping to conclusions, and Mercury-Neptune can be hard to decipher and all the facts may not be known yet.

By the latter part of the week Mars will oppose Neptune (exact September 24-25), and this can bring tiring energy, discouragement, endings, and major events in the world. If the Mercury-Neptune transit has a significant affect on you, Mars-Neptune will as well.

Some may feel depressed and discouraged but this energy is fleeting.
While the effects and events of the solar eclipse will continue for months to come, we can still begin to move on with the new lunar cycle.

With 4 planets in Virgo as of September 19, now is time to get down to business, or take a look at how you treat your body and make appropriate changes.

In the US natal chart this Moon is significant as falls within 5 degrees of natal Neptune, bringing scandals, water related weather conditions and questions about foreign powers once again that can occur on more than one level.

As I wrote during June-August, the August 21, eclipse will have profound effects on the Presidency of Donald Trump, revealing things secret and hidden. September 18, news outlets reported Trump campaign chairman Paul Manafort was told he will be indited, and we will hear more news relating to this in the near future.

As Neptune rules water, I expect to see more water related weather events as well.
Posted by Leslie Hale at 7:51 AM