What a man desires and who he marries 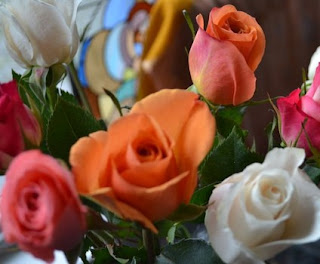 Astrology can show us what we desire in a life partner, as well as obstacles we may have to overcome, and timing of events. Sometimes what we think we desire, is not exactly the same as the type of individual we attract. Sometimes the attraction is conscious, sometimes unconscious.

Sometimes a man may feel attracted to one type of woman, but in the end he will marry the kind of woman represented by the Moon in his natal chart. Sometimes the Moon and Venus are in conflict. In which case he may be attracted to one type, but marry another. When the moon and Venus are in harmony with each other, what he desires and wishes to marry are one and the same.  But, this is not always the case.
Posted by Leslie Hale at 11:35 AM