An eclipse, then a stellium in Pisces 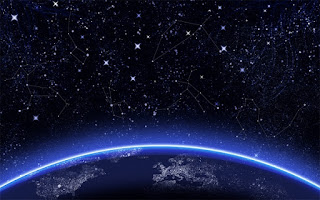 The solar eclipse falls at 27 degrees of Aquarius, the sign ruling the 11th house of the collective. This eclipse is the in the opposite sign of the Great American eclipse that occurred in August 2017, and themes that began at that time, may re-occur in your life now.

Aquarius is surprising, brings unexpected events and can be about detachment, as it is ruled by Uranus (and Saturn). Under an Aquarius moon people may act in unexpected ways, and some may even wish to disconnect for a while, as this is the nature of Uranus=freedom is the theme. The wise individual will give their partner all the space they need, knowing this.

As the Moon leaves Aquarius it enters Pisces Thursday night, joining the Moon and Venus. By Saturday, February 17, Mercury enters Pisces and on February 18, the Sun enters Pisces. This makes four planets, and asteroid Chiron all in the sign ruling the 12th house, (Pisces) and we are in the Pisces season!

This is a huge planetary-energy shift. First of all, Pisces marks the end of winter, just before spring (Aries). Pisces is ruled by Jupiter and Neptune and things/situations may seem less clear than while in other signs.

Pisces and Neptune rule creativity, spirituality, psychics, dreams, visions and religion to name a few. The sign of Pisces is two fish swimming in opposite directions, and the other side of Neptune/Pisces is delusion, illusion, lies and unclarity, drugs and the seamy side of life.

It's always interesting that while the planets are in Pisces we always hear something about the Pope or the Vatican. I noticed the other day, a new series about to start airing called Rome.