Can you see a gossip in astrology? 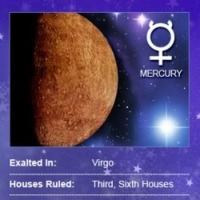 It is better to remain silent at the risk of being thought a fool, than to talk and remove all doubt of it - Maurice Switzer

Can you see someone who would be considered a true gossip in astrology? Absolutely.

Mercury rules our communication, so this is the first thing to look at.  Jupiter expands whatever it touches, so Jupiter is typically part of the equation, especially in a square or opposition with Jupiter.

And if Mercury is retrograde this could add to the tendency as well as retrograde planets can misbehave.

Add Neptune to the mix and the stories could get more distorted and bizarre each time they are told. Add Pluto and they could get more intense with a touch of revenge added.

The signs the planets are in make a difference as well.  For example planets in Cancer could make the gossip more emotional. Sagittarius could make the stories bigger and wilder.

Of course we are all born with a brain and get to choose when we open our mouths. This is where free will enters the picture. And some people were raised to believe gossip is wrong. Conditioning factors can influence the equasion as well. So these people don't have to gossip even if they have this tendency. But, the conditioning not to gossip would show in the chart as well.

All human idiosyncrasies show up in the natal chart.
Posted by Leslie Hale at 9:21 AM