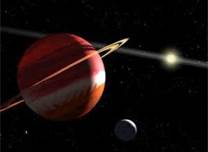 Jupiter squares Pluto this week at 17 degrees of Libra-Capricorn. Change can occur on many levels.

Jupiter rules gain and expansion, justice and what is good and right. Jupiter rules magnanimity and growth. Pluto rules change and transformation. Sometimes Pluto can involve bullies and power struggles.

Some things may end on this transit, which includes relationships as Jupiter is in Libra.  This week could prove to be a decisive or defining  moment, or you could reach what is often called a moment of truth.

The result is transformation of something in your life, which can transform in some way or even end certain situations and cycles.

Due to a flood I am remodeling my kitchen. Everything has been ripped out and I am living with a microwave on the dining room table. It's not fun, but there are worse things in life. In my spare time I am researching cabinets and tile and talking to the contractor. It's a lot of work I didn't plan, but in the end I will have a new and transformed kitchen that will never be as it was again. If you see what I am saying, this transit can take many forms, but chances are it will change or transform something in your life that will never be the same. It can be something greater or lesser than my example, but chances are it will be something.

In the world, this will play out in terms of clashes in politics, at home and abroad. Pluto transits often involve a question of abuse or abuse of power, or terrorism. It can also involve those who would force their will on others and nuclear incidents or situations.
Posted by Leslie Hale at 9:32 AM