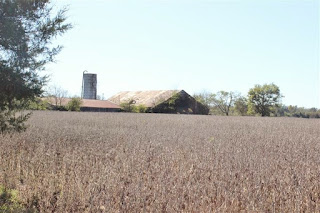 Jupiter will be a major player in September's transits as we start the month with a positive sextile between Jupiter and Saturn. But, before month's end Jupiter opposes Uranus for the third and final time. We will start to feel this energy almost immediately in September.

Many positive situations can come together or a concrete conclusion can be reached on a Jupiter-Saturn sextile, and this energy will be present at the start of September although by September 2, the transit has reached its peak and will be in the waning stage. As we move through the month the more erratic Jupiter-Uranus energy will make itself know and it peaks on September 28.

Jupiter-Uranus can bring positive results as well, but this is much more of a gamblers transit and unexpected or overlooked situations can crop up sending things in a different direction than you thought. My advice is to not gamble what you can't afford to lose, literally or metaphorically speaking.

Some things or even relationships can change suddenly, or even come to an abrupt end. But, that would only happen if they are without stability to begin with.

On the world stage this transit will likely relate to politics and government. We can expect sudden and unexpected events, protests and disagreements and US President
Donald Trump has threatened a government shutdown over building 'the wall.' Uranus rules coups and rebellions, and Jupiter in Libra rules relationships of all types. We could see unexpected twists and turns with foreign entities as well.

As Jupiter also rules money and this transit will likely involve proposed tax cuts or other situations involving money as the opposition becomes a t-square in the US natal chart, involving Pluto in the US chart second house of money and income. There is no guarantee however, Mr. Trump will succeed in getting what he wants as he has significant push back in his chart in September and October. We will see many unexpected events and disagreements.

We could also see changes in the financial market, threats and worst case scenario, attacks. Weather conditions can also become extreme and this situation that has occurred in Texas will not be resolved quickly.

We experienced a Jupiter-Uranus opposition in December 2016, and then again in March, 2017. I personally felt the world was shifting in unexpected and erratic ways, and I saw a great deal of anger. Perhaps your experience was different, but many who called for readings stated they felt the same way. With this transit stability may not be easy to come by psychologically or in the world.

The Jupiter-Uranus opposition will peak September 26-October 1, at 27 degrees of Aries-Libra. If you have Cardinal planets (Cancer, Aries, Libra or Capricorn) at this degree or very close you can expect changes in your life, some of them unexpected. Then again, if you look closely at your personal situation, change may not really be so unexpected. Sometimes change is needed, and Uranus is typically all about freedom on many different levels.

The Great American eclipse is over, but events connected to this eclipse will continue to play out for weeks and months to come. As the eclipse fell at 29 degrees (the crisis degree) of Leo and this marks the ending of many situations and relationships.

Retrograde Mercury moved back into Leo on August 31, and as Mars approaches 28-29 degrees in Leo, these two planets hit the eclipse point the first week of September, and we will see many more events play out that relate to the eclipse, perhaps most notably the continuing situation in Texas. As Mercury was retrograde on August 21, events can and have been delayed.  September 3, we may see significant eclipse events play out give or take several days as Mercury and Mars fall at 29 degrees of Leo. Eclipses are known for Earthquakes and disastrous and unexpected weather and earth related disasters.

September 9, Mercury moves back into Virgo again, where it spent the last week of July and all of August. You may be concerned with situations and events that began at this time. Mercury in this sign can be overly demanding and critical, as well as worrisome. The planet of communication will finally leave it's post retrograde shadow period on September 19, and at this point things should return to normal.

Other transits in September:


September 2, Mars trines Uranus-positive for new projects and ideas. Can be exciting energy.

September 3, Mercury conjuncts Mars-this is considered a willful transit and egos can get out of control, or you may feel agitated.

September 5, the Sun opposes Neptune. This is a tiring and confusing transit, and indicative of low energy and discouragement. You may get your facts wrong, or others could. Events and situation may not turn out as expected and this is not a good day for important events. As all of the fast moving planets enter Virgo this month, they will all oppose Neptune. Neptune can deal with water or water related events. Dreams may seem vivid at these times.

Also on this day, Mars enters Virgo, the sign ruling work and health. Mars here can be overly critical, demanding and worrisome. It will remain in this sign until October 22. This is the time to begin new health and diet regimes for optimal success.

September 6, a full Moon occurs at 13 degrees of Pisces. Pisces rules the 12th house of the unconscious and subconscious. It conjuncts Neptune, the planet of illusion, delusion and confusion. Some things will end with this Moon, and it is time to deal with completions as a new beginning can occur shortly afterward.

Pisces has to do with service to others, compassion, healing and feelings. Many people will be very sensitive at this time and vivid dreams can occur.

Now is the time to keep your feet on the ground even if your head is in the clouds. Delusions can occur, and it can be hard to see reality. Many things can be revealed. You could have psychic experiences or déjà vu.

The Moon and Neptune can deal with uncovering things and situations and dealing with water related events. Compassion may show itself in daily life.

September 9, the Sun trines Pluto. This positive trine can allow us to delve deeply into any subject or relationship we are concerned with. As it is a positive aspect we will not meet the resistance that at other times we would. feelings can run deep on many matters.

September 12, Venus trines Saturn. This is positive for love, money, business activities and connecting with people and situations from the past.

September 13, the Sun squares Saturn. This can seem like a restrictive transit that limits many things that can include plans, activities or in some cases even relationships. Not a great day for important meetings but if you can keep focused and push through, it does not guarantee failure, either. Best to use the energy to complete projects, rather than start new ones. Some may feel tired and out of sorts. Don't over think or take the energy seriously as it will soon pass. Sun-Saturn can denote great discipline, but also the need for it.

September 15, Venus sextiles Jupiter. This is a positive transit indicate of social activities, and could be a good day to spend with a significant other. Business can benefit as well.

September 16, Mercury conjuncts Mars as it did September 16. This time it falls in the sign of Virgo which can be more worrisome and critical. It can also denote critical thinking.

As it is a willful transit, egos can get out of control. It can be an aggravating day and you should watch travel and driving. Arguments will abound.

September 18, Venus trines Uranus. This is another positive and uplifting transit for the day. Plan social  activities and important meetings will have planetary help.

September 19, Venus enters Virgo, joining the Sun and Mars. We are now in the Virgo season. Love energy can become more realistic and practical and it could be easy to become overly critical of your partner. Look at yourself before you criticize someone else.

Also on this day, Mercury opposes Neptune. This can be a tiring and confusing day. Do not assume you know the answers, you may be under some misinterpretation of facts. Others may not tell the truth or be evasive. This becomes a powerful part of the New Moon energy.

September 20, the New Moon falls at 27 degrees of Virgo. Virgo deals with work and health and it is here our interests lie. This is a very 'practical' New moon, and most important not to get drawn into convoluted situations as Mercury has just opposed Neptune. A great day to start a new diet or exercise plan, or interview for a job.

September 22, Fall is officially here as the Sun enters Libra, the first Cardinal sign of the fall season when the weather changes.

Also, Mercury trines Pluto which is a good transit to get to the bottom of any issue or problem. Conversation will have depth.

September 24, Mars opposes Neptune. Mars-Neptune transits can indicate water related conditions, scandals, issues concerning same sex relationships, chemical weapons and out and out deception and lack of clarity. This is not a good day for important meetings and events. The other side of this transit reveals compassion, spirituality and the potential for helping others. We will see important events play out and is often the case as of late, clarity will not be forthcoming. Don't believe all you hear and stick to the facts. If you feel depressed or out of sorts, know this transit will soon pass. Many things can come out into the open and be revealed.

September 25, Mercury squares Saturn and this can be another day that drags by. You may be focused on responsibilities and feel tired. You can accomplish a lot if you use the energy for important matters.

September 28, Pluto turns stationary direct. This is a significant aspect every year. Pluto rules power and power structures, bullies and nuclear energy to name a few.


Secrets may suddenly be revealed or come out of the shadows and we may see situations or even people turn obsessive in some way as Pluto has an obsessive quality to it.

Pluto rules the dark and hidden undercurrents. It also rules ultimate change and transformation. Typically when Pluto turns direct we see major events in the world.

September 31, Venus opposes Neptune, completing the opposition of the fast moving planets to the planet of illusion, delusion and confusion. Venus-Neptune transits can be a double edged sword. Watch all transactions with money today. Love matters can go either way. This can represent soft lights and candlelight or a total illusion. Many things can be revealed, and clarity may not be available. If something someone says sounds too good to be true, question their motivations as Neptune rules lies and delusions.

Also on this day, Mercury enters Libra and Mercurial energy changes once again. Communication may be lighter and prone to compromise. We may be more concerned with relationships of all types during this cycle of Mercury.
Posted by Leslie Hale at 10:49 AM