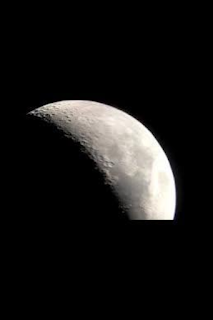 The lunar eclipse/full moon on Monday August 7, 2017 falls at 15° Aquarius. This will be followed in two weeks by a solar eclipse in Leo on August 21. Aquarius rules the 11th house of the collective, friends, groups and organizations. Events connected to the eclipse often begin before the eclipse actually occurs and after. We may see major events the week of July 31, and around August 3, when Uranus begins its stationary retrograde.

This eclipse has a mix of easy and difficult aspects. As the eclipse (Moon) opposes the Sun, this can heighten emotions and put people at odds. The Moon trines Jupiter and this is a positive and expansive influence. Jupiter rules gain and expansion, and a transit like this can mean generosity to those who need it, nobility and 'doing the right thing.'

The Sabian symbol for 15 degrees Aquarius is, "Two lovebirds signing on a fence."

As the eclipse falls in Aquarius, ruled by Uranus, the planet of the unexpected, we may experience some unexpected twists and turns, or others may surprise you in some way. Unexpected and unplanned events can occur.

This Moon may focus our attention on relationships of all kinds, including the relationships among the collective-in other words politics and events in the world that can affect us all. Eclipses always bring major events, and we can depend on the fact in the US, this eclipse and especially the next will involve the US President, and we can expect significant news.

This eclipse and the powerful solar eclipse of August 21, fall on the 11th-5th house axis. These houses will focus our attention on groups, organizations and the collective (11th house) and children, friends, entertainment, and love affairs (Leo-5th house).

After the lunar eclipse itself (the Moon) the most significant aspect connected with this eclipse is Jupiter square Pluto, which will have an effect on the eclipse.

Jupiter-Pluto transits can make people want to get ahead, sometimes at any cost, and herein lies the problem. Many things will change and be transformed at this time. Certain things can end that include relationships. On the world stage we may hear news or threats of nuclear events, skirmishes or wars.

As the eclipse opposes Mars we have the potential for violence, especially in the hot spots around the globe. During August, our attention will be on our leaders, who rises, and who falls.
Posted by Leslie Hale at 12:39 PM