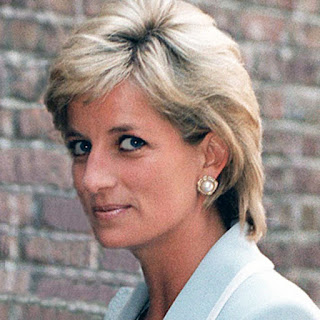 The events of this evening were tragic, as Diana was the most high profile British royal of the generation.  America loved her and to many of those of my generation she was 'every woman.' In my opinion she will never be matched, and no one comes close to filling her shoes now or since her death. She brought light to the most downtrodden in society, aids, the homeless along with family issues that others in her position did not and have not since.

On that night I was having a small party at my home when the news of the wreck came on CNN. The party ended as the magic of the evening was gone and everyone went home deep in thought and sadness. Diana was pronounced dead around 4AM, the next day, September 1. My husband and I never left the TV that night.

We were on the eve of a powerful eclipse. that fell in a significant place in Diana's chart.

This  eclipse (9 degrees of Virgo), along with the Sun and Mercury fell almost exact on her natal Pluto. Transiting Pluto was square Mars which can show a violent death. This would be a dangerous combination, and aspects affecting Pluto can relate to death in extreme cases. I have described the rest of the planetary combination that led to her death, along with her natal chart in a podcast. (with astrologer Liz Houle)

I believe at the time of her death, Diana was in a depressed and confused state, and had reportedly broken up with Physician Hasnat Khan.

There is nothing in her chart that tells me she would have married Fayad, and in time the relationship would have faded. I do believe however, she would have remarried within a few years.

Years later, rumors still persist and many do not believe her death was an accident. Like many of the great unsolved crimes and deaths we may never reach a consensus on what fully occurred that fateful night.
Posted by Leslie Hale at 1:20 PM