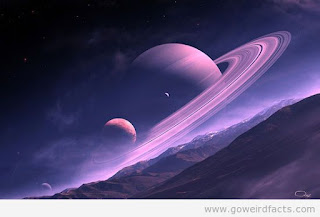 Saturn turns direct August 25, at 8:09 AM, EST. This should start to change the slowdown you may have experienced in many areas since 5 out of 10 planets have been retrograde since August 12. Mercury will be the next planet to turn direct September 5.

Saturn is at 21 degrees of Sagittarius, where it has been since July 24. It will turn direct but remain at this degree until  September 27, when it moves to 22 degrees. From here Saturn will move through the later degrees of Sagittarius and enter Capricorn on December 21, and begin an entire new cycle in its own sign where it will be very powerful.

If you have mutable planets (Gemini, Virgo, Sagittarius, Pisces) close to this degree, Saturn will impact  you directly as it stations direct over the next few weeks. Many events can occur depending on what Saturn is aspecting, but if is a mutable planet, Saturn is making a harsh aspect, and these transits are often stressful times. In this case, my advice is to be aware of what is happening in your life at this time, and keep your feet on the ground at all times.

While retrograde, Saturn slows down the normal rate of activity so better methods can be developed and organized. Saturn rules the structures in our lives and allows us to develop our boundaries.

As Saturn turns direct this can be good news for many issues and situations that have been stuck or in some way or unproductive, and this is true for both the individual and the collective.  Saturn can represent a reality check in many areas of our lives and even in the world.

While Saturn was retrograde many problems were internalized that were difficult to figure out. As Saturn turns direct again, many things will start to move forward. Saturn will move slowly, emphasizing the planets in your chart he may touch from 21-29 degrees of Sagittarius.

Saturn rules our boundaries but also gives us structures in life. As the rulers of (the sign) Sagittarius are Jupiter (expansion) and Neptune (faith, dreams) now is the time to focus on what you would like to accomplish. Over the next several weeks Jupiter will sextile Saturn and this can give us the impetus for accomplishment, especially as Saturn is very powerful as it turns direct!  The time to move forward and implement these plans and dreams is after Mercury turns direct on September 5.
Posted by Leslie Hale at 3:18 PM