Is your relationship karmic? 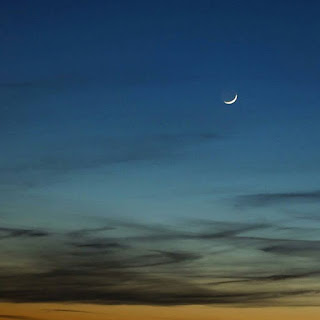 Much is written about karma, and one of the questions often asked is, 'is this person my soulmate?"

For the record, I believe we can have many soulmates in life that can include siblings, parents, friends, co-workers or any other number of people number of people we encounter-they all don't have to be romantic.
As an astrologer when I look at a karmic relationship, I am looking at someone you were meant to meet in this life. That neither means they are forever, or are not forever. It simply means this is someone you were supposed to encounter and interact with for a variety of reasons. The other planets and transits in your chart will tell us whether the relationship will last, is the timing for a permanent relationship right, is another party involved, is there enough compatibility, or do both parties wish to make the situation permanent. These are all separate questions. Karmic in and of itself does not mean it will last forever. Or it can last.
There are many things an astrologer can look at to spot a karmic relationship.  Some of them include:
The personal planets of one or both partners are conjunct the South Node of the other.
The personal planets are the Sun, Moon, Mercury, Venus, the ascendant, or lord of the ascendant. If one of these planets conjunct the others South Node this indicates an important relationship. If Venus is involved, it can sometimes seem like love at first sight.
I also believe Saturn/Pluto and the Nodes can indicate karma. Sometimes it can indicate more difficult karma, or there will be many obstacles to work through if the relationship is to be successful.
The personal planets of one partner falls in the 12th house of the other.
The 12th house is considered the house of 'karma' in astrology. A partners planets falling here can indicate past connections.
Saturn and Pluto aspecting another's personal planets can indicate karma or past connections, as can Neptune.
Easy aspects (sextile, trine, conjunct) to either of these planets can indicate past connections.  Harsh connections (opposition, square, conjunct) indicate a difficult and intense relationship at times, and easier aspects indicate a lighter less troubled connections.
Harsh aspects at times can even indicate abusive relationships. Sometimes the karma (lesson) is to walk away from the situation and be free of it.
Saturn can represent stability or difficult relationships.
Pluto can represent intense connections, or difficult relationships that can include abuse.
Neptune can represent spiritual connections, or lies and deception, or drug-alcohol abuse.
Overall outstanding synasty
Synasty shows compatibility in a the charts of two individuals. On occasion the synasty can be so good, it can seem like you have known the other person forever. This kind of a connection can be long lasting. In these cases there is often some type of connection to the nodes, 12th house, Saturn or Pluto.
Posted by Leslie Hale at 12:01 PM